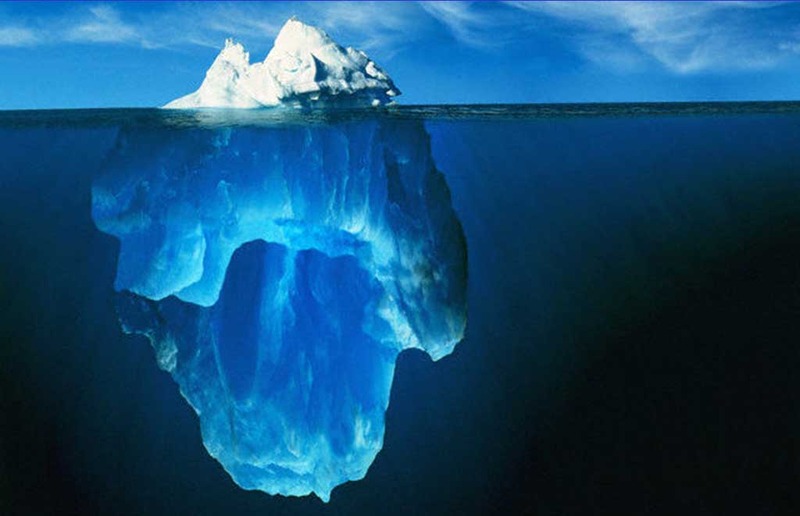 Greenland's glaciers have been shrinking for 100 years

"Greenland's glaciers have been shrinking for the past century, according to a Danish study, suggesting that the ice melt is not a recent phenomenon caused by global warming.

Danish researchers from Aarhus University studied glaciers on Disko island, in western Greenland in the Atlantic, from the end of the 19th century until the present day.

This study, which covers 247 of 350 glaciers on Disko, is the most comprehensive ever conducted on the movements of Greenland's glaciers," glaciologist Jacob Clement Yde, who carried out the study with Niels Tvis Knudsen, told AFP.

Using maps from the 19th century and current satellite observations, the scientists were able to conclude that "70 percent of the glaciers have been shrinking regularly since the end of the 1880s at a rate of around eight meters per year," Yde said.

"We studied 95 percent of the area covered by glaciers in Disko and everything indicates that our results are also valid for the glaciers along the coasts of the rest of Greenland," he said.

The biggest reduction was observed between 1964 and 1985.

"A three-to-four degree increase of the temperature on Greenland from 1920 to 1930, and the increase recorded since 1995 has sped up the ice melt," he said."

Hmmm...Sounds like the process is speeding up to me...Glaciers may not BE global warming, but the increased speed of melt since the industrial revolution and the break-off of huge freaking chunks of ice from the arctic and antarctic sure are.

industrial revolution? 1 degree in the last 100 years is not enough to become an alarmist over.

be rational an clear headed about the problem... don't be a doom peddler!

"A three-to-four degree increase of the temperature on Greenland from 1920 to 1930, and the increase recorded since 1995 has sped up the ice melt," he said."

That is EXACTLY what global warming means. The increase in temperature is directly proportional with the increase in CO2 levels. If you don't believe that - you have to at least be concerned about how quickly the ice is melting.

We should stop trying to place blame elsewhere for our mistakes. We have the resources to fix this and save our home, but we are wasting valuable time. How much longer are we going to let it go before our children have to deal with what we could have prevented.

It is not going to go away or get any better if we pretend it does not exist.

The glaciers are definitely melting faster. as michelle said, the temperature is directly proportional to the CO2 levels in the air.
even as the population increases, and more forests are being cut down for consumer demands, the C02 levels increase as the trees that were converting that CO2 into oxygen, are being cut down.
This is our problem, and our fault. if u arent going to do anything to fix it, then dont bother even having children...because there wont be much of a world left for them to live in anyway.

I'm so sorry people. You must only now about the industrial revolution rubbish Al Gore is talking about. Glaciers have been melting for a while. Guess what, before people temperatures were higher. Mars is also experiencing warming. Did we cause that too? While looking at a non-partisan graph of CO2 levels in correlation to temperature, CO2 levels may or may not be present with the rise in temperature. Sea levels are rising. There are sunken Egyptian cities too. Sea level was 400 feet farther out a while ago. The Earth does not follow a specific schedule. With the basic facts, global warming is crap. No offense, but its okay to let go of the tree now.

Interestingly enough, the earth itself has gone through many heat up and cool down periods throughout history, ice ages for instance. The earth is in a heat up mode right now. I guess the real issue is this: Is mankind increasing the rate at which the earth is heating up through the increase of ADDITIONAL greenhouse gasses emitted into the air? The whole in the ozone is a natural occurrence, however, the size of the whole in the ozone, is not.

It is going to happen. It makes you wonder if you are an evolutionist if mankind can catch up quick enough to our changing environment that in essence we have sped up, and, to the theocratic mind, will our creator allow this to happen. The earth does have an incredible way of rejuvenating itself. The earth will be here far longer then mankind. Who knows. Maybe we can adapt into a human who needs CO2 to survive OR we could simply be extinguishing ourselves.

industrial revolution? 1 degree in the last 100 years is not enough to become an alarmist over.

be rational an clear headed about the problem... don't be a doom peddler!

why you people start directly blaming on industrialization...

its the fuel that we are using that is causing all the problems...

to produce electricity and for transportation...

in today's world using patrol and gas is like using.... horse carts in 1950s....when there were cars in the market...

today we could use maglev technology that has zero maintainence cost... and hence could save our environment and those horrible horrible storms, earthquakes, hurricanes, and floods...

but ....... powers that be... or top management of the world is reluctant to adopt to change and hence trying to stop the universal change... that is the basic of life... remember kids......... change is life..... if you stop changing and adopting you are dead...